“The trick or treating was especially good this year,” Leah said to her friends.

The house had spider webs  all over its trees and bushes, there was a graveyard in the front yard with spooky tombstones, and there was a ghost video playing that showed the ghost, which had to be ten feet tall, moving all around the front of the house. 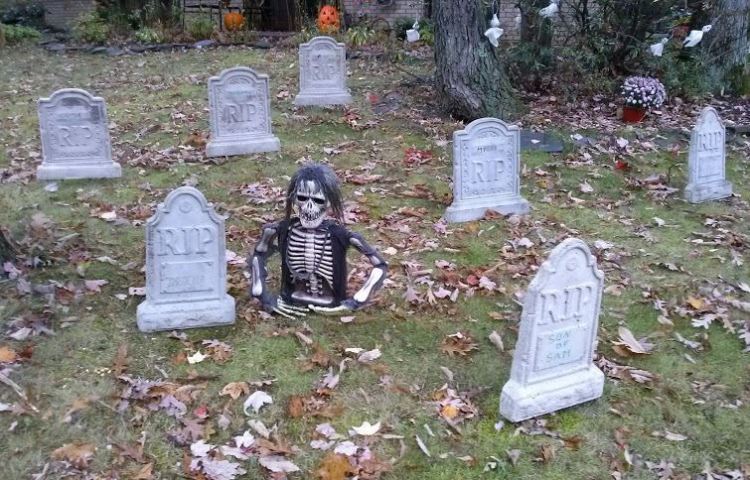 Their friend Alana was already there, dressed as Pinocchio, and the girls happily greeted her and invited her to trick or treat with them. “Oh perfect,” Alana said while holding her long nose in place.

The girls again approached the house carefully because the last time the ghoul sitting on a chair on the front porch had scared them and they screamed and ran away without getting any candy.

The girls walked slowly past the graveyard and up to the porch. This time they knew the ghoul was there and so they weren’t afraid. Mostly.

“This house has always been scary to me,” Leah said quietly. She had trick or treated at this home her entire life and she was always a bit scared for all the ghosts, ghouls, and graveyard stuff. But now she had her friends.

But she was still afraid.

The girls were just walking up the steps when Beanie said, “Look!”

They each slowly glanced to the right to see the ghoul again. Only this time the ghoul wasn’t sitting. It was standing!

And it started to move like it was trying to walk.

The girls were frozen in fear, hands gripping each other tighter than they thought they could.

Then the ghoul spoke in a craggily voice…

Now the ghoul slowly raised its arm and was pointing directly at the friends.

“Bewareeeeeee” it said slowly.. And then…Then the ghoul’s arm fell off! 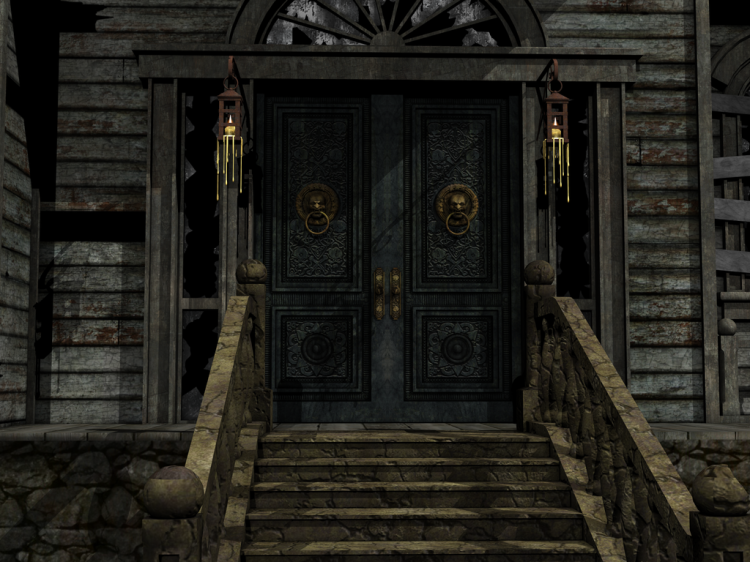 The girls scream and at the same time they ran. They were the wind, flying down the stairs, past the graveyard, and out past the fence and other kids who were going to the spooky house.

“Don’t go! Don’t GOOO!” Dunya yelled, as the friends raced around the corner to the safety of Leah’s home.

“We… made.. It,”  Beanie said through heavy breaths. All the girls were breathing heavily, and each trying to talk at the same time about the ghoul, the arm falling off, the graveyard, and most of all, the ghoul saying something about a bunny.

“What was that all about?” Zoey asked. “What did it mean the bunny comes tonight?”

The girls just looked at one another shaking their heads and shrugging their shoulders at the mystery.

“What are you talking about?” asked Alana, perplexed. But no one answered her.

Then Beanie said, “Wait, my bunny bit me, maybe that’s what the ghoul meant!”

“Beanie, the ghoul couldn’t know your bunny bit you,” Leah said. And saying that made Leah remember thinking she saw her own stuffed Bunny move earlier in the night before the friends left the house.

Now the friends were staring at Leah.

“Okay, okay, listen to me. When we left my house to go trick or treating I was turning off my bedroom light and I looked back at Bunny and just as I looked, I could have sworn she had just finished moving her head!”

The girls walked into the house, past the candy, to Leah’s room. (Beanie grabbed another candy straw, bit the top off, and poured the sugar directly into her mouth in one big gulp; Alana, seeing Beanie, did the same thing, but she also put an extra sugar straw in her trick or treat pillow case)

Leah turned the light on.

The girls walked in and Leah said, “Oh no, she’s gone. Bunny’s gone!”

Then the girls heard what could only be described as a high-pitched scream that only a small being could make. A small being like a tiny stuffed bunny.

The girl’s eyes widened at the horror floating down the hall toward them.

A bloody-mouthed Bunny floating toward the girls, screeching in a high pitch, and waving her tiny rounded hands in little circles. Only the blood wasn’t red, it was orange. Or, orange-ish, Leah recalled later on.

The girls stared for too long as the tiny floating stuffed bunny continued screaming and coming toward them.

And then something louder penetrated all their minds: