“RUUUUNNNNN!!” Dunya was yelling as the girls, bunched in the hallway outside Leah’s room saw the floating stuffed Bunny, with orange blood dripping from her tiny mouth moved towards them.

“Upstair! Go upstairs,” Leah yelled as she leapt past the first few stairs on her way upstairs.

Leah was followed by Zoey, Beanie, and Alana. But Dunya, who had yelled first, and loudest, was frozen. She didn’t move and was just staring at the approaching Bunny. 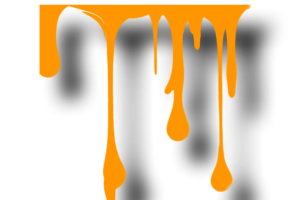 “Why is the blood orange?” Dunya mumbled.

Leah’s demand jolted Dunya and she too then ran upstairs.

Once upstairs the girls retreated to the far side of the room and, huddling together, worked out a plan to get out of the house.

“But I can’t leave Bunny, Leah said quietly. She needs my help. She’s been with me since I was a baby and if she’s somehow a bunny-zombie.. Well, I don’t know what I’d do. We have to save her.”

Dunya was holding Leah’s hand now and the friends quieted down for just a moment.

“I have a plan,” Alana said quietly, as the girls all looked to her.

“Use the sheets to make a rope and escape out the window,” Beanie said, somewhat hopefully.

“Beanie, NO!” All the friends said at the same time.

“No sheets Beanie, but pillows. Leah, your dad’s bed has a lot of pillows on it. What if we used those to attack Bunny with?”

Leah and the friends looked at the bed. There were in fact five pillows on the bed. Three normal sized ones, and two longer body-pillow types. “Everyone grab a pillow and get ready,” Zoey said, as she grabbed one of the longer pillows.

“Now, Zoey and Beanie, you go to the left side of the staircase, and Dunya and I will go to the right side,” Alana said.

“Of course I do,” Leah replied.

“Do you think Bunny loves you?” Alana continued.

“Her point Leah,” Dunya chimed in, “is that you are the bait because we don’t think Bunny will hurt you.”

The friends were quiet.

Then they saw Bunny floating up the stairwell.

Leah was quiet. She thought about all the time she’d spent with Bunny, first as a baby, and then as a little girl. In every picture of Leah, Bunny was there, a faithful friend and comforter. She had lost most of her pink coloring, but Leah still saw the original Bunny when she held her and chewed on her little floppy ears.

Bunny had reached the top of the stairs and was about to turn to the right, making a 180 degree turn and thereby facing Dunya and Alana.

“Okay,” Leah finally said, dropping her pillow and walking in front of her friends straight toward Bunny.

Bunny was screeching louder now, orange blood dripping from her tiny mouth and little puffy and rounded hands moving in a crazy semi-circle. And now even her floppy ears were quickly moving up and down and back and forth and Bunny was in a full blown horror tizzy.

Leah wasn’t afraid though, she’d later say, even though she was really in this moment, terrified beyond belief.

Leah and Bunny were just a few feet away from one another now. Leah was moving slowly toward Bunny, her arms stretched out and a half smile on her face. Bunny needed comforting now, Leah thought, just like I used to as a baby when she comforted me.

They were just a foot away from each other now.

The orange blood was frothing from Bunny now and she was screeching even louder.

The friends eyes were wide open, pillows at the ready, and each was beyond scared at the horror they saw before them. None of them moved.

Now Leah reached out her hand.

But before she touched Bunny, she smelled something. What was it Leah thought. I recognize that smell, she said to herself.

Bunny was inches away, screeching even louder.

Leah was sweating trying to remember the smell.

I know what’s wrong with Bunny!

But Leah was too quick, she jumped back, and yelled to her friends:

“Dunya! What did you do with your drink?”

“Drink, Dunya. Your drink!” What did you do with it?” Leah was yelling now.

The girls all dropped their pillows, ran to the left side of the staircase way from the screeching Bunny, and bounded down the stairs, sounding like a group of logs.

At the bottom of the stairs Leah turned right, her friends following her, running through the family room, and into the kitchen.

“There! There it is, Leah yelled at her friends. Grab it, Dunya!”

“Why, why do I need to grab it?” Dunya asked, more confused than ever and expressing all the friend’s confusion.

Don’t you see?! Bunny’s “blood” (Leah was making air quotes) is orange, not red! It’s Halloween and she isn’t a zombie – zombie’s need blood and brains. But her “blood” is orange so if we just give her some Pumpkin Spice Latte, she will be fine!

“Leah, that’s crazy,” Zoey said at first. Then Zoey thought about it a little more and said: “you know what? You may be right because when my mom wants a Pumpkin Spice Latte she goes crazy, too!”

“Mine too,” Beanie said.

“My mom definitely goes crazy when she can’t get one, but she also wants filtered water, soy milk, and organic pumpkins,” Dunya elaborated about her mom.

“My mom grows her own pumpkins and makes her own, and also with almond water, special spices from her garden, and drinks it out of her cup that says: Pumpkin Spice Everything,” Alana added.

Bunny had made her way downstairs, past the family room, and was now headed for the kitchen where the girls were ready and waiting.

Leah was holding Dunya’s Pumpkin Spice Latte drink, her arms outstretched toward the approaching orange bloody floating stuffed Bunny who was screeching, waving her round hands, and with her ears moving all around her head.

Bunny’s ears stopped moving as she floated toward Leah.

Reaching Leah’s outstretched hands, Bunny put her tiny face to the drinking entrance and, as Leah tilted the cup, Bunny satisfied her Halloween craving for Pumpkin Spice Latte, drinking for a full three minutes (but only drinking 1 tablespoon because she was so tiny, after all) while the girls watched.

Bunny finished drinking and as she did so, she gently floated to Leah’s shoulders and, looked like the old, normal Bunny again. She rested there and Leah rubbed her little head and her floppy ears. 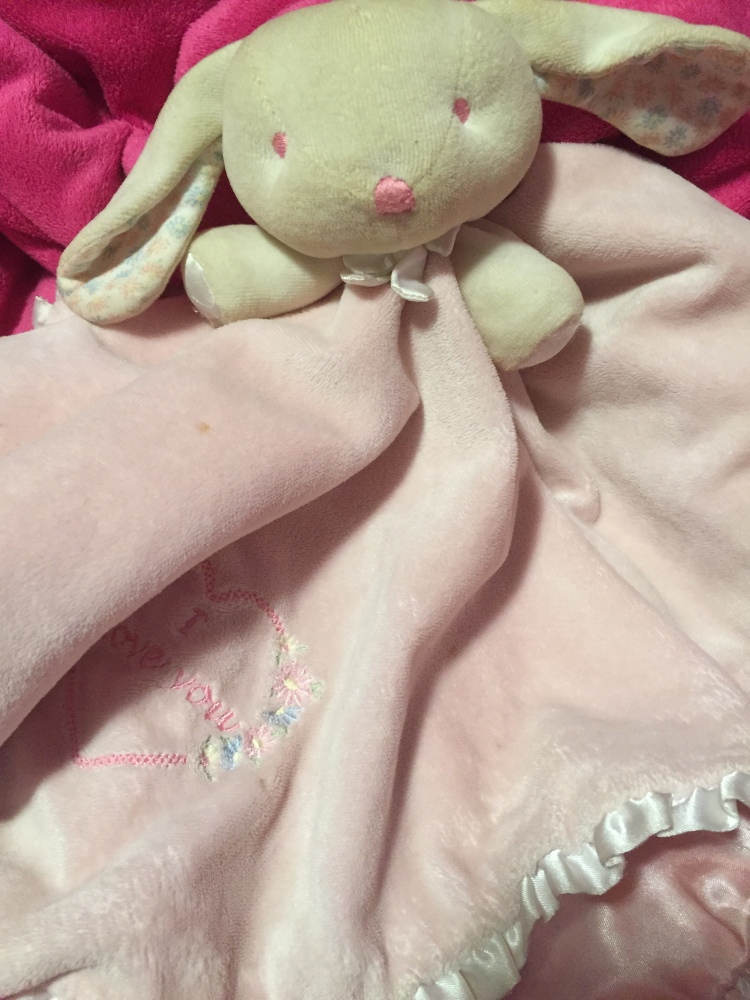 The friends heaved a collective sigh of relief.

“Beanie, what are you doing?! Leah asked incredulously, as Beanie poured another sugar straw down her mouth.

“All this horror has me stressed out,” Beanie said in a garbled voice as her mouth was full of colored, flavored, sugar.

The friends laughed and, one by one, they each grabbed a sugar straw, bit the top off, and poured the Halloween treat down their throats.

“Let’s go back outside to trick or treat while we still have time,” Zoey said.

The friends grabbed their trick or treat bags and headed toward the door.

Leah walked Bunny back her bedroom and gently placed her on her pillow, next to Berry. Leah was glad Bunny was back to normal.

Leah looked for ten seconds just to make sure everything was okay, before she turned the light out and headed outside with her friends to trick or treat.

In the darkened room Bunny rested on Berry’s arm. Bunny wouldn’t remember any of the night’s adventures since she was a stuffed Bunny and not real.

But just up from Bunny’s head, a little drip of orange blood was forming at Berry’s mouth.