The promises were seductive. Promises of technological advances elicited awe and excitement from Americans still getting used to indoor plumbing, electricity, telephones, and televisions that transmitted a few stations and then signed off around ten o’clock.

Technology would separate and further distinguish America and Americans from the world’s past and usher in a new age of modern conveniences, miracle drugs, super fast travel, and instant world-wide video and audio communications.

The scientists who explained universal laws and the inventors and visionaries who  envisioned technological advancements that were at one time considered science fiction before becoming science fact were celebrated and recognized for their thoughts and achievements. The early century science fiction – travel to the moon and beyond, instant global communications, miracle medicine that fosters long-life, and an advanced military capable of defeating enemies sight-unseen and from anywhere in the world were now a reality fueling dreams of a forthcoming utopian society and world.

There were also smaller visions that focused on household conveniences that range from smart homes that could talk to you, wake you, tell you when you are out of milk, and vacuum your floor while you read from a portable computer while enjoying a glass of wine.

The future was within our grasp, we were told.

The common future visions were made popular at the World Fairs, on in acclaimed national magazines such as Popular Mechanic, LIFE, and TIME.  TV shows such as Star Trek, Space: 1999, and even cartoons such as The Jetson’s with its robot maid, flying cars, and other futuristic (for the time) modern conveniences teased future promises that were just a few years away.

The promises were met with real life advances in medicine that virtually eliminated polio, death from the flu, and such illnesses as dysentery, measles, mumps, and chicken pox. However nothing was more futuristic than the discovery of penicillin – which was hailed as “The miracle drug” and promised to foretell the advent of an age where no sickness would be untreatable.

Flu pandemics which had killed hundreds of millions would be defeated, as would diseases that reduced life expectancy, caused defected births, and made life hard for those who lived far from doctors or hospitals. Infant mortality and mothers dying in childbirth would be dramatically reduced leading to a population explosion in societies with finances and resources.

Perhaps the culmination of the promises of the future and the advent of technology that would propel humans far into a future of wonders was the space race and its attendant accomplishments of communication satellites, men walking on the moon, and space probes sent to multiple plants in the solar system and later even out of the solar system itself.

There are so many technological advances that have happened over the past hundred or more years that it is fully understandable that most of global society, particularly in societies with advanced economies and thus financial ability (regardless of how those finances were accumulated) expected the next wave of technological advances and discoveries to usher in those fantastical societies envisioned by thought leaders, scientists, and other visionaries.

What happened to that future?

Instead of technology taking us to a wonderful future we’ve allowed technology to be weaponized against the public to advance the causes of capitalism, exploitation, military expansion, and profiteering by corporations and their owners and shareholders.

We’ve seen the power of technological weapons in large ways – our own 2016 election which was manipulated by Russia in all fifty states according the intelligence community. The technology was also used to exploit untreated wounds in the American fabric – racism – via fake accounts on social media that stoked the flames of American racism by getting data and insights, often voluntarily, from Americans eager to take part in online “polls” that were widely circulated on Facebook. 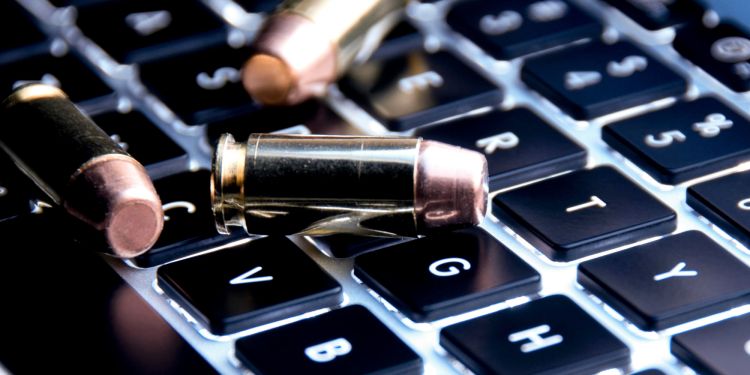 Once “aunt Martha” clicked on a Facebook poll she was agreeing to give companies and Russians approval to access all her social media data, the data of her contacts, and to be able to sell “aunt Martha’s” data to other companies, countries, and individuals. And that data was then weaponized to target aunt Martha and you, if you’re a Facebook user, with ads and fake accounts posting racist memes and “stories” that played into “aunt Martha’s” fear of Black and Brown people which then informed her voting choices.

The technology was weaponized to extract oil from deep within the earth – called fracking – which resulted in earthquakes in places that previously never had earthquakes, and in underground oil spills that polluted groundwater used for drinking.

Technology that helped discover life-saving medicine and medical procedures became restricted to only those who can afford the results of taxpayer funded research that can  help children breath and fight diabetes, prevent heart disease, and fight other common ailments and diseases.

Technology was turned against humanity in the form of “smart” bombs, drones for targeting, efficient missiles, suitcase nuclear weapons, and silent and invisible-to-radar submarines and fighter jets as tools of war and used mostly on civilians.

We envisioned safe police encounters with the deployment of body cameras but discovered police turn off body cameras at their leisure and usually when they know they are about to engage in questionable or illegal activities. Smartphones were promoted as an almost immediate technological response to fight and possibly end police brutality. But the advent of smartphones and instant communication ended up being used more to harass citizens who use them to document police behavior, while hand-held phones became another excuse for police to open fire on the person, usually Black, who is holding the phone. 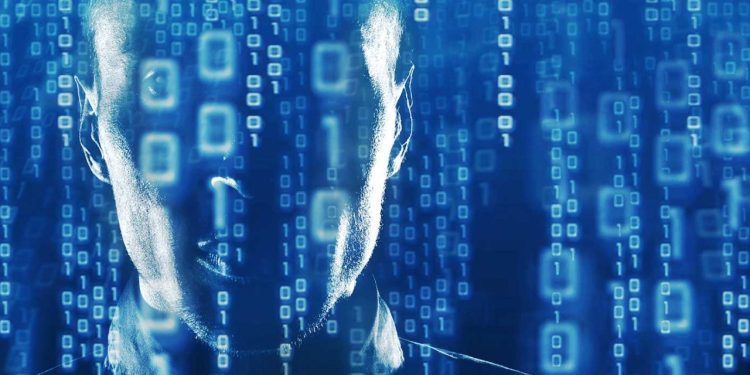 Technology has been weaponized to spy on the entirety of your life, from shopping, travel, work, browsing habits, sex and dating, who you communicate with, who you follow online, what tv you watch and books you read, how you vote, your health, and your genealogy. Tens of millions of people voluntarily spit into small vials and sent their DNA to companies which promised to tell you where your ancestors came from and connect you with “DNA relatives.” After promises not to sell your data, the companies were bought by other companies who are now selling your data – to whom and for what purposes?

The advances in technology are used as weapons against children.

Access to the world at a young person’s fingertips have proven to be fraught with warning signs and admonitions to “not click” on ads or keywords that will lead to nefarious places on the web including pornography, child trafficking sites, data collection sites, and ads that will places “cookies” that install on your device and provide tracking information to companies from all over the world forever unless they are removed by you and which target your child with messaging you may not agree with – religion, white supremacy, drugs, and worse.

We’ve recently heard that violent online gaming promotes mass killings in America. While this idea is absurd and disproven by science, the common violence in video games, movies, and tv and specifically targeted at women – certainly impacts the online experience of women across all platforms and may contribute to a real life culture of toxic masculinity that has been identified as prevalent in online communities where young boys, mostly white, are lured into a world where girls and women are the enemy who prevent white boys from “expressing themselves”, i.e., disparaging girls with offensive names, doxxing them, sending unsolicited dick pictures, and nonstop harassment.

In America and many other countries technology is being used by religions to raise more money than ever before, fund attacks on other religions and people, and to hide malfeasance by the leaders of those religions.

Technology has been weaponized across the world to aid genocide, monitoring dissent by the ruling class, and to extract valuable minerals from lands desperately in need of life-saving necessities like water, shelter, medicine, clothing, doctors, protection for girls and women. And of course, Jobs. Just recently a leaking gas pipeline exploded in Tanzania killing 61 people who were collecting spilled gas that many otherwise cannot afford – gas being extracted from their land and shipped overseas, including to America.

And of course medical advances led to the study of genes, which led to eugenics and resulted in millions being killed, experimented on, and/or sterilized.

Technology is used to prevent job seekers who do not have access to computers from applying for jobs that can only be applied for online. And while computer access at libraries is free the difficulty of getting to a library that has computers and that may be a bus ride away, with limited hours and limited online time, and with reduced operating hours all add up to a whole lot of technological-based roadblocks.

Perhaps most sobering are the realizations that our greatest technological achievement is the ability to kill as many humans as possible within minutes and on any part of the globe and to pollute our air and water on an unimaginable scale to the point of forever changing weather patterns that will lead to our planet being uninhabitable in a few generations.

Where will next generation technology take us?

Are you optimistic technology will make a turn for the better and improve lives across the globe? Certainly there are technology advances that improve lives, make us healthier and happier, give us access to things and places we otherwise would never see or visit, and connect us to larger communities of people and businesses that accent and improve our lives. It cannot be denied that humanity’s curiosity and push to the future involves thousands of technological advances that enhance living in small and large ways. 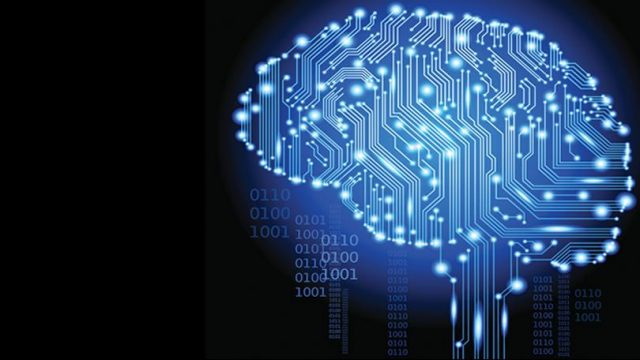 What to do though about technology that is inherently bad and weaponized? What can one person, one viewer, one commenter do to bring forth the future we dreamed of, full of clean water and air, health advances, and a planet and society that is welcoming to all people and kids. A society that creates room to dream and explore our world, our solar system, and our universe on equal par with the study of our oceans and ecosystems.

The ability to transform our cities, our states, countries, and planet is within our grasp. Indeed, there are hundreds of organizations exclusively focused on improving the environment, oceans, food production, medicine distribution, and access to clean water and plumbing. The people that work inside the organizations that seek to care for our planet and its people, animals, rain forests, farm and grazing lands, are using technology as tools to benefit all humans and the planet. It can be done.

Individuals can help move the world forward, too. There are simple things beyond reducing straw usage or recycling plastics. Here are a few strategies that each individual can take to help turn our current reality into the future we all hope for:

Stay aware by reading old fashioned books, newspapers, and magazines so that you are up to date on the latest technology – the good and bad – so that you are not dependent on network news which is limited in what it will tell you.

Taking small steps like the above will go a long way toward protecting your information and arresting weaponized technology that surrounds all of our lives.