This is Part two of The Guru

”Okay Leah, what do we do with the tape?” Dunya asked.

Dunya was the most impatient of the friends and she didn’t like being confused or left out of whatever Leah was planning.

Dunya was twirling her long ponytail and had her “hungry face” frown on that meant that she needed food or something sweet, or both. Usually both. So she was getting more annoyed by the moment waiting for Leah to speak up.

The program was a city sponsored after-school care that some kids attended while they waited for their parent to pick them up. The 4th “R” was a play on: Reading, Writing, and Arithmetic so, a fourth “R,” the kids playfully said the “R” stood for  “Ridiculous” since most of the older kids hated being part of the program. While their parents said the “R” stood for “Relief,” since their kids had a safe place to be after school.

The girls were outside, as they almost always were, and sitting on a huge pile of grass and leaves that sat just behind and to the right of the “4th R” portable classroom. They sat near the top of the pile and it was easily eight feet off the ground, with fresh dirt and leaves that were very dry since there hadn’t been rain in over two months.

Leah was now questioning if she really knew what the tape was for after all. She thought she knew, and as a result she moved quickly. That’s what Leah did: she quietly figured things out and then once she was absolutely certain, then and only then would she make a public decision. Leah didn’t like being wrong and so she reserved her public answers in class or even with her friends until she knew for sure she was right. And when Mrs. B handed her the tape, she knew.

But — maybe I am wrong, Leah now thought.

She ignored Dunya’s pressure, as Dunya was now sitting right next to Leah, shoulders touching, staring at the tape in Leah’s hand. 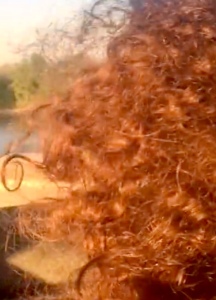 Leah’s extra curly hair reflected lots of sun rays back into the air, and all the friends waited for Leah to speak.

“Okay, I think I know what to do,” Leah said, finally breaking the silence.

“Girl, it’s about time; I’m hungry and I’m tired of waiting on you to talk,” Dunya responded with irritation in her voice.

Leah ignored Dunya, instead looking over to Zoey, who looked back.

“Remember when you tried to get into the storage building?” Leah asked Zoey.

“Yeah, that was a disaster! Zoey replied. I just wanted to see what was in there; we’ve been trying to know what is in there since first grade but no one will let us in!”

“Zoey, you were so scared” Julia laughed. And then laughed some more. And then Julia continued: “I remember you screaming when the alarm went off!”

Then Julia jumped off the leaf and dirt pile and started demonstrating the look on Zoey’s face when the alarm went off, how Zoey jumped, and then how Zoey started running. She also told the detailed story of how Zoey’s long curly ponytail was bobbing up and down as she ran. Julia then decided to retell the story because she had left out how Zoey’s eyes looked when she screamed. So, as Julia started telling the story again, the other girls continued talking.

“We didn’t know the storage building had an alarm,” Zoey chimed back in.

The storage building was just to the right of the “4th R” classroom, and just a short distance from the leaf pile where the girls now sat.

“That’s just the thing though, Zoey,” Leah said. “If the building has an alarm, then why didn’t the alarm go off when the Of Earth and Vine prizes and gifts were stolen?”

The girls were quiet.

Then Beanie said: “Did you know thirty-three moons can fit in the space between the Earth and the Moon?”

The girls looked at Beanie but said nothing.

Then Beanie said: “Did you know that transparent tape was invented by a college dropout?”

Again, the girls looked at Beanie but said nothing.

Finally Leah spoke: “Either the alarm was turned off or broken. But it’s probably not broken because it was working when Zoey tried to go in.”

“That’s what I’m trying to tell you all,” Julia suddenly chimed in. She was on the third retelling of the story, because when she retold the story the second time, she’d forgotten to include Zoey’s ponytail bobbing so she started over again.

“Okay, well we know it works, so the alarm must have been turned off. But if it were turned off then who turned it off, and why?” Zoey said.

“No, Zoey, there’s one other option” Leah said. Now the girls all paid attention to Leah.

“I think we can get in there, without the alarm going off,” Leah said mysteriously.

“The TAPE!” Dunya yelled out! She had been daydreaming about food, sweets, chocolate and, oddly enough, homework. And also photography, her big sister, and how she was going to get out of cleansing her home with burning sage, like her mom wanted to do later that evening. 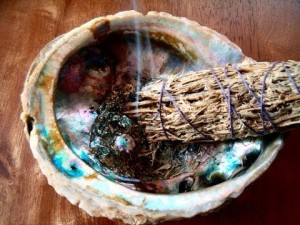 Dunya really didn’t want to do the sage thing again. But she knew her mom was going to do it again.

“What do you mean, the tape, Dunya?” Zoey asked Dunya while she was still looking at Leah.

“Tape was invented in Minnesota,” Beanie said out into the air, while she twisted twigs into her extra long, straight ponytail. She knew the twigs would annoy her mother to no end, so she made sure to get as many in as she could.

“We can get in the storage room by using the tape,” Leah finally said.

“Girl, what are you talking about? And when will we eat?” Dunya blurted out.

“Listen,” Leah started. “The alarm is triggered by a censor. That’s why Zoey got caught. So, it is safe to say that the alarm was on when the gifts were stolen. And since only the Vice Principal has the alarm code and access, and we know she didn’t steal the prizes, then the only thing left is the alarm must have somehow been disabled.”

The girls were all staring at Leah waiting for her to finish.

“It’s the tape,” Leah said quietly but now confident she had the answer.

“Someone used tape to cover the sensor so that the alarm wasn’t triggered. The sensor would still work, but wouldn’t register that someone had passed by it, like Zoey did. So whoever snuck in, used tape,” Leah finished.

“So what?” Julia said, after having finished her fourth retelling of Zoey’s tale.

“So, we can do the same thing. And if we go in we may be able to find clues!” Alana said. She had been quiet up to now, but she also had been thinking things through. She was similar to Leah in that way and it was one reason they were friends. They were both observers.

Leah just smiled at Alana. Leah loved Alana’s  calm and smarts, and her love for all animals. Alana smiled back and resumed her observations.

“Alana is right,” Leah said. “We are going to use the tape to get inside the storage room and see what clues we can find. There’s got to be something there that will tell us what happened. Let’s go.”

And with that, the girls climbed down the large leaf and dirt pile and bounded over to the storage building.

“Let me open the door,” Zoey said. But the door wouldn’t open!

“There’s a padlock on it! Zoey said, distressed. “The school must have added it after the break-in. Now what will we do?”

“Did you know padlocks were first invented around 1924 in Sweden? Beanie asked. The girls looked to Beanie.

“And they are pretty easy to pick,” Beanie said matter of factly.

“Beanie, can you get us in there?” Dunya asked?

“Uh-huh. All you need is two bobby pins to act as a tension wrench; apply the right pressure with one pin, hold the other until you feel it move and then use inside to outside force and it will open. It’s really fairly simple.”

“Do it Beanie,” Leah said, pulling Beanie to the front of the friends and putting her right in front of the padlock and door.

Beanie reached into her hair to pull out a couple of bobby pins. But she only got twigs at first and that made her laugh so hard. The friends just watched her until she returned to this world.

“Okay” Beanie said, finally calming down. “This may take a long time; I haven’t really done this, I’ve only read about it”.

“Beanie! You did it!” Leah exclaimed.

“Sorry it took so long, Beanie replied in all seriousness while she celebrated her success by whipping out a dixie sugar-straw and pouring all the sweetness straight down her throat.

The girls opened the door and before crossing through the door, looked around for the sensor. First they looked up, then down, then over to the right, and then – there it was, to the left. About knee high, and just above the door hinge.

Leah bent down, pulled out the tape, tore off three 4-inch pieces and slowly and deliberately covered the sensor with the tape.

Leah entered and stood still waiting to hear if the alarm sounded.

The friends walked in, one by one, and immediately started looking around the storage room. They saw relics from much of their time at the school: old instruments, sets from long ago stage plays, costumes and gardening equipment like shovels, gloves, and buckets; there were benches, shelves, bricks, hay, desks, and lots and lots of dust and dirt.

The looked and looked, but no clues were to be found. There was nothing but empty shelves where the gifts and prizes had been, and empty boxes, but no clues. Just as the friends started to lose hope, Julia started laughing.

“Julia, what’s so funny?” Dunya asked, even more annoyed because she was even hungrier, if that were even possible.

“Nothing, I was just being silly with these reading glasses I found,” Julia replied, while taking off the glasses and sitting them down on the shelf where she’d found them.

“Okay, well, I guess there’s nothing here, Leah said dejectedly. She just knew they’d find something. Especially when the tape was the perfect tool for this particular place. Now she and the friends were stumped again.

Just then Zoey looked at her phone.

“It’s my mom; I gotta go.” Zoey said. “We have to make treats for tomorrow’s Friday Market. We are making popsicles and I am color-coding the popsicle sticks we are using.”

Friday Market was held each Friday after school, and each class rotated being responsible and working the market and collecting all the proceeds. This week’s market was the responsibility of Mrs. B’s class, so the girls all were expected to bring school approved snacks and treats to sell and to benefit their class. It was another of the traditional school fundraisers.

“Okay, well we should all leave anyway. There’s nothing here and the Of Earth and Vine is only two days away. I don’t know what we will even do if the event gets canceled” Leah said, sadly.

“Okay, see you all tomorrow, and don’t forget to bring your goodies for Friday Market.”

And at that, the friends quickly exited the storage building, pulled the tape off the sensor, locked the doors, and headed back to “4th R,” more unsure of whether they could do anything to make sure Of Earth and Vine could still go on.