“Chewa! That is your name, right? Come here. I will give you bread. I don’t know where you came from, but you look too clean and too healthy like you think you’re better than everyone else. You’re not. You’re just a dirty whore like the rest.”

Chewa stood and walked across the muddy ground, passing groups of shivering girls her age, some with mothers, but most alone. There were very few boys in the tattered tent. The boys were either killed or made to dig roots and work for the overseers. Some were used for sex by the guards and then killed and burned for warmth late in the night.

The girl’s fates were as bad or even worse. They weren’t killed but made to stay alive with just the barest of food while the guards raped them throughout the day and night, endlessly. The girls ages ranged from one to twenty and all were raped and treated worse than the few pack animals that were in the center of the encampment.

“Take this and eat it. Eat it now. In front of me. I’m told you are sharing food with the other girls. Is that true, Chewa?”

“Yes.” Chewa was twelve, frail and with bronzed skin, thin dark brown hair that clung to her angular face that would be angular even if she weren’t starving.

“Have you been made a woman yet, Chewa?”

Chewa knew the guard – but she didn’t know his name. No one knew the guards name and even if they did, they wouldn’t dare mention them or respond using their names. The day to day life of her people, the Rohingya, was one of pain, death, and forever being abused, ignored, and scorned by society and the world.

Her people were in a state of genocide and the world made little effort to rescue or protect them.

“You won’t answer, then? Have we killed your whore parents then, Chewa?”

“You have killed most parents, have you not?”

“Take your bread. I will have you tonight. I have kept you for myself even after the other guards laughed at me for saving a whore girl like you. You deserve your fate. You are worthless. Your whore parents and entire race of people are. We will eliminate you from our lands. And the planet. Take you crumb of bread, whore. I will take you tonight then I will give my bastard friends a treat they’ve waited for. You will be dead by morning.

“Are you dare addressing me, little brown whore?”

“I will take it out on you later, then. What do you want, brown whore?”

“I forgive you. I forgive all of you. You are doing as you were raised and trained to do. You have lost your way and you are trying to kill all my people. My children. You also are my children and I am disappointed and saddened but I still love you and forgive you. By morning my people will be gone, and you will all be dead. I will love you after death, but you cannot live anymore.”

“YOU LITTLE BITCH WHORE I WILL KILL YOU TONIGHT?”

Chewa reached the other side of the tent and sat down between two smaller girls who were wet, dirty, and naked. Their little bodies full of mud that covered bruises and blood from being raped by the guards.

“Eat this. Then share what you have left.” Chewa handed a piece of bread to the girl who immediately took a small stressed bite.

“Take a little more, little flower. It’s okay. You will get more in the morning. Now share it.”

Chewa touched the little girl’s face and smiled. The little girl’s eyes showed light for the first time in the three months since she’d been in the camp. She smiled back and giggled a fresh giggle that made her muddy face and body look as though she had been playing in the mud instead of living in it. She nodded as Chewa stood to walk away.

“Remember to share some, little flower.” Chewa’s feet splashed away as the rain started.

The little girl took another bite – this one full of life – and then passed the bread to the girl next to her. The little girl was surprised that she was now full and there was still bread remaining. She was glad though because she had thought that maybe she had eaten it all and for the briefest moment she felt sad that she would disappoint the new girl who visited her and who was someone clean.

The little girl looked for Chewa, but she was now out of sight. She then turned to remind the girl to share the bread, but when she turned, the girl was smiling at her and the bread was now in the hands of another smaller girl. The two girls hugged and smiled as they shared their understanding by just looking one another in the eyes and nodding their heads.

“You. Whore. Get up.” The guard yelled at Chewa who sat in the center of a group of girls who were about her same age. All were smiling as Chewa hugged a few, kissed some, and lightly touched the arms, head, and faces of others.

She wasn’t a girl. She was nothing better than a whore and he’d have her tonight after the head guard finished with her.

“I am ready. I forgive you. You will die tomorrow forgiven.”

“Ah, little whore. I see you lived long enough to finally serve your true purpose on this god-forsaken planet.”

“Are you ready to be forgiven, Denpo?”

“I am your savior. Please stand and come with me.”

Chewa turned from the guard, walked past her escort guard, and exited the tented area. Hundreds of little girls followed her, and guards followed them. 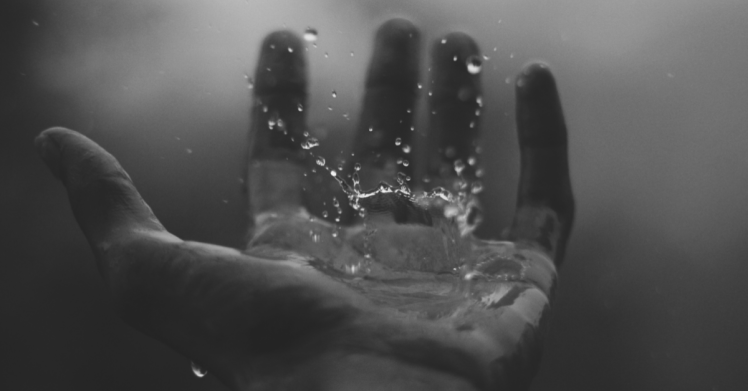 The girl’s faces were clean, and all were also now clothed in clean clothes.

It was still softly raining.

Soon the entire encampment stood in front of Chewa, with the little girls slowly standing aside and behind her while the guards stood directly in front of her. All were still armed with rifles and guns on their hips.

Chewa didn’t move or say anything. She looked content and in charge.

After about thirty minutes the gathered crowd now totaled over twenty-thousand prisoners, guards, and animals.

“I am grateful you have all been so kind, patient, and welcoming to me. Now I will reward your patience, your faithfulness, and your historical perseverance. You call me many names and I love them all. And I love you. I come to you with your history in my blood and today you are talking to someone you have long expected but had lost hope of ever seeing in person.”

There was silence in the governor’s mansion and among the mass of people that now stretched beyond sight and extended to all media platforms in the small unstable nation and more importantly to the many of the much larger world power nations that surrounded the smaller nation. The video and audio were being streamed to those nation’s leaders who were joined by military and other experts who were closely monitoring the camp and the young girl who seemed to be taking control of the camp and everyone in it.

The military leaders had instructed camp security to kill the girl publicly to regain control and compliance. As soon as the assembled crowd was as large as it was going to get snipers – who were already in position – were to put as many bullets in her as possible.

The crowd was now at its apex.

Chewa smiled as the crowd seemed to finally settle in.

“I am honored by the names and titles you have given me.

Let me tell you who I really am and why life has changed for you as of right now.”

To be continued next week…with Part 2.