She bought a jogging suit, as they were called in those days – polyester, light blue, stripe down the leg, and a zip-up top. She bought new tennis shoes that had been rebranded as “running shoes,” and made plans for her first run during the upcoming weekend.

It was early Saturday morning and Mom was up getting dressed for running. I was up too, because there’s no way I wasn’t going with her. I quickly dressed and waited for her. I watched her, as always, but this time she was pulling her hair into a bun and doing her makeup.

I asked her: “Mom why are you putting on lipstick?”

She didn’t answer, but once she was done she looked over at me and pursed her lips in a kiss and said, “Let’s go.” 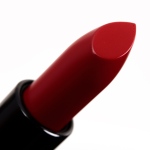 We drove to Lake Merritt in Oakland and parked alongside the beautiful lake that is almost at the center of Oakland. It was 6:30a and typically cold and overcast for Oakland. There were a few others already running and Mom looked…excited. She put her purse and things away, checked the mirror for whatever she wanted to check and again simply said, “Let’s go.”

We walked to the trail and Mom started jogging. She held a nice pace and just jogged like everyone else. It was simple and weird because seeing her job it was new to me.

The path around Lake Merritt is 3 miles and after jogging with Mom for the first mile or so, I grew bored and decided to push the pace. I started going faster and faster hoping Mom would match my pace, but she would not. She continued at her steady and, for me, too slow pace that couldn’t match my eleven year-old’s supply of boundless energy.

I launched into a full sprint and ran as fast and as hard as I could and then stopped to wait for Mom. Once she caught up, I took off again. And again, and again, until finally I was tired enough to jog with Mom as she approached the last part of the trail.

It was still overcast and cold but I was sweating  but mom’s face was glowing. Her face forward, and her eyes looking at the Oakland hills beyond the Lake, Mom jogged right past me to the end of the trail.

“Because I’d never seen you run so I wasn’t sure you’d make it” I said. She just laughed.

It was her first jog, but not her last, and she said she felt really good.

Finally, she said the cool air felt good and she was happy I went with her and that next time I should jog alongside her for the entire three miles. I said she should run with me the next time so we can race.

And not wear her beautiful hair in a bun.

She laughed, kissed me with her red lips, and we made our way home.

View all posts by deardeandotcom